KairUs is a collective of two artists, Linda Kronman (Finland) and Andreas Zingerle (Austria). Currently based in Bergen (Norway), they explore topics such as vulnerabilities in IoT (Internet of Things) devices, the corporatization of city governance in smart cities and citizen-sensitive projects in which technology is used to reclaim control of our living environments. Their practice-based research is closely intertwined with their artistic production: adopting methodologies used by anthropologists and sociologists, their artworks are often informed by archival research, participatory observations and field research. Furthermore, they publish academic research papers and open access publications to contextualize their artworks to wider discourses such as data privacy and security, activism and hacking culture, disruptive art practices, electronic waste and materiality of the internet.

Between 2010-2016, KairUs worked with the theme of cyber crime (Internet fraud and online scams), constantly shifting focus approaching the theme from various perspectives: data security, ethics of vigilante communities, narratives of scam e-mails, scam and technologies. Subjects of the research were online scammers, vigilante communities of scambaiters and their use of storytelling and technology. In 2017, KairUs won the Stuttgarter Filmwinter Network Culture award with their installation “Megacorp.” In the projects ‘Behind the Smart World’, ‘Internet of Other People’s Things’ and ‘Ruins of the Smart City’ they have been collaborating with a diverse group of artists, activists and researchers in both academic and non-academic contexts. 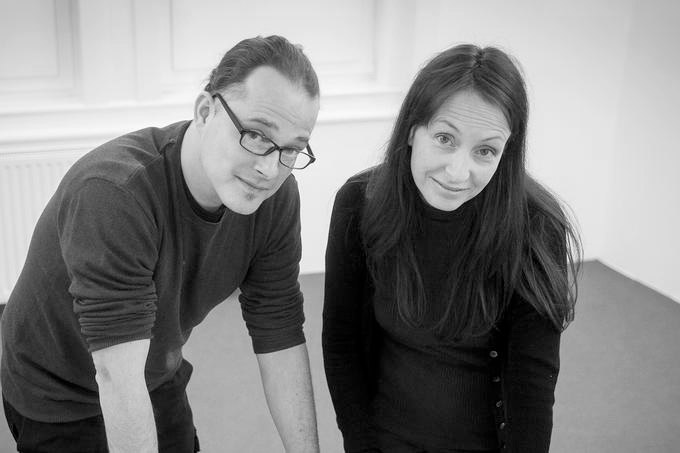 The videos are based on recorded material from smart city visits in South Korea, marketing material published by corporations and smart city initiatives. By decoding the visual and rhetorical language of “smartness”, the installation investigates ways to unveil the underlying power structures of smart cities and combines them with the observations that the artists made while visiting the actual sites. What is it like to live in a corporatized smart city? How is life in Songdo, a city owned by Gale International, Posco and Morgan Stanley Real Estate? How is life in Masdar City, built by a future energy company with the same name? How is life in GIFT city, one of the 100 ‘Smart City Mission’ cities in India where life is governed by companies’ advisory boards where CEOs are flanked by local statesmen? How does life in these corporate test beds and demo-cities differ from the messy and complex cities we live in? How does a city with multiple histories and narratives differ from a city with a designed story?

The installation was produced during a work residency at BEK, Bergen, Norway. BEK – Bergen Centre for Electronic Arts – is a not for profit, interdisciplinary resource and research centre for work within the field of art and technology. 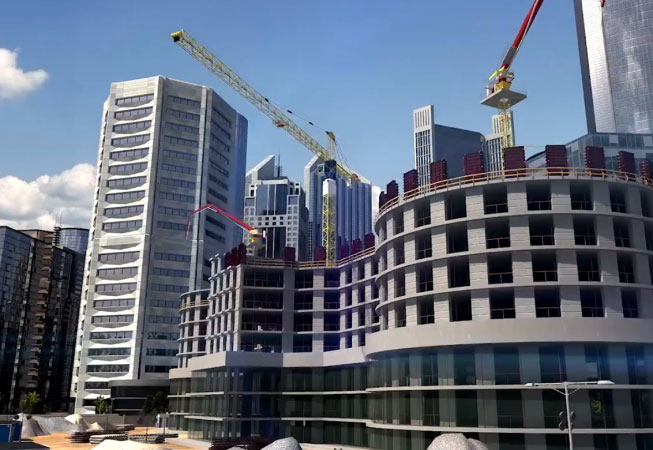 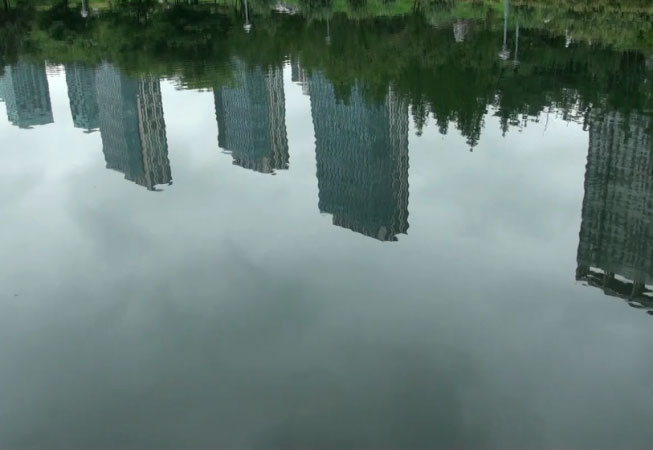 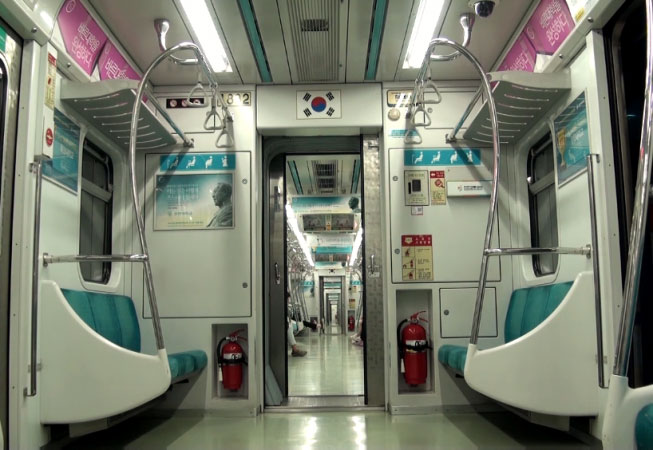 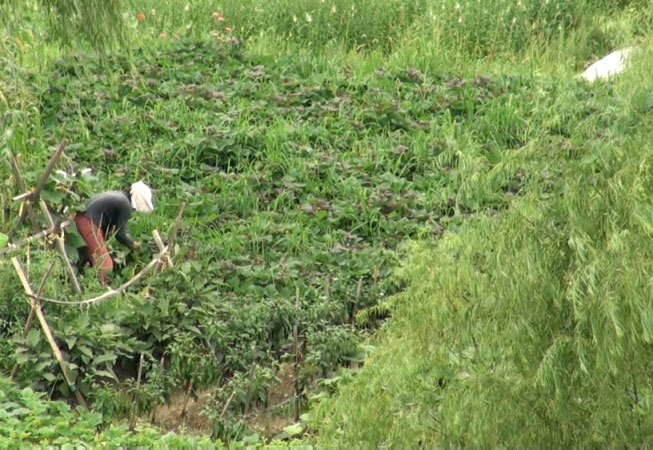 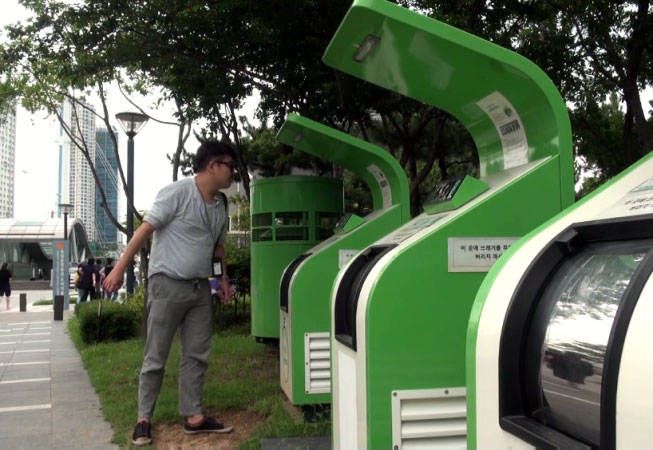 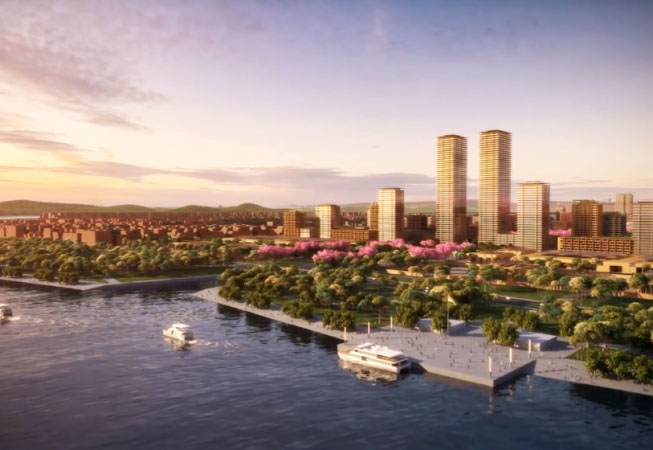 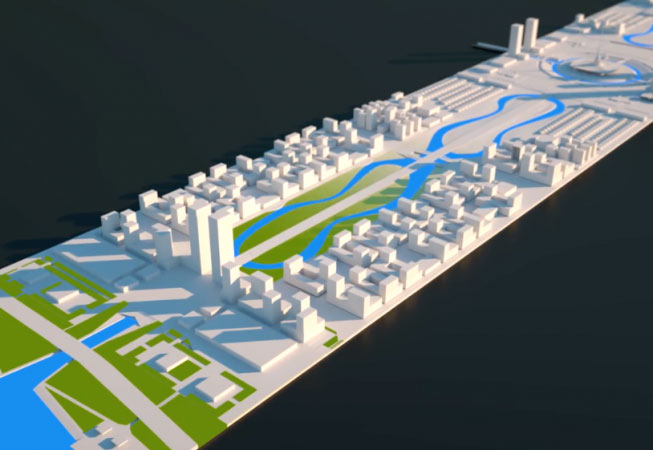 The video portrays mega-cities through the lenses of unsecured public CCTV and private IP cameras. Networked security cameras offer 24/7 surveillance. Tracking software and the integrated web-server allow processing and streaming as part of the growing amount of connected devices also known as the Internet of Things. These web-servers are often insecure by design, meaning they are not protected by a password or have hard-coded login credentials saved as plain text. By default, the servers stream unencrypted and on publicly-accessible network ports, providing potential risks of being intercepted and allowing unknown third parties unintended access to the set-up function of the cameras. Some manufacturers use the same vulnerable settings across their entire camera lineup. “By default, the Network Camera is not password-protected”, or “the default user name is admin” and “the password is 12345” can be read in the camera manuals. Security cameras are supposed to offer security, not provide surveillance footage for anyone to view. Often, camera owners don’t realize that their cameras are accessible on the Internet with default insecure settings, enabling hackers to enslave these cameras into botnets. Malware will use insecure webcams to infect the rest of the network, routers and other devices in the “smart home”, threatening both the reliability of surveillance cameras and also serving as a transmission vector to attack other devices. 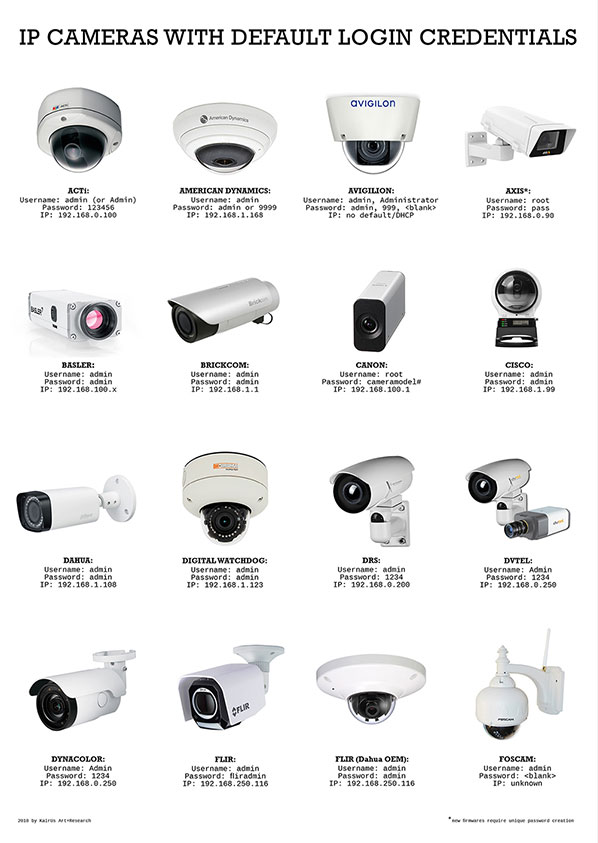